Al Thaahir: The Evidence, the Outer, the Manifest is a reflection that summarises yet magnifies, that shines a light on what we tend to forget. It is a reminder of what we need to do to bring ourselves to be connected again with the Higher Power. It is here, in the now, that many are too distracted to feel this connection. But we are never far from what witness to us the presence of God.

The manuscript was written in Arabic and German when Sahar was a student at the Goethe Institute in Cairo.

Thirty years later the research by Sahar went from A4 stored paper into a published book.

Al Thaahir: The Evidence, the Outer, the Manifest provides readers with the opportunity to develop or rekindle the loving relationship the Higher Power. Be remimded and Be empowered.

‘AL Thaahir; The Evidence, the Outer, the Manifest. Material Evidence For God’s Presence’ by Sahar Maurice substantiates the teachings of the Quran through real-world examples

LONDON- Debut author Sahar Maurice has released /(AL Thaahir; The Evidence, the Outer, the Manifest. Material Evidence For God’s Presence,” a brief, digestible collection of proofs for the existence of God written in both English and German. Designed to help readers of all creeds develop a deeper understanding the Quran’s teachings, the book examines the meaning and historical context of key passages to demonstrate the prescience of the scripture.

Inspired by the majesty and complexity of the organic world, Maurice illustrates how evidence for the spiritual presence of God can be seen throughout nature. She cites passages from the Quran that explain and predict the design and functions of the natural environment and all living creatures within it, many of which offer revelations that would not be scientifically proven until the development of modern science. Ultimately, Maurice encourages readers to look more closely at the world around them and appreciate all that God has provided humankind.

“began writing this research 30 years ago as I embarked on my own journey to know God and the truths presented through the Quran, and it naturally expanded into a book,” Maurice said. /(My hope is that others will read this book and feel empowered to seek and find God.”

A deep reflection on the many ways God can be recognized throughout creation, /(AL Thaahir; The Evidence, the Outer, the Manifest. Material Evidence For God’s Presence” encourages readers to slow down, take time to absorb the beauty of the world and connect with the Higher Power.

About the author
Sahar Maurice is an author and designer who relates to the natural world of design. Originally from Cairo, Egypt, she holds a bachelor’s degree in architecture from the Faculty of Fine Arts and a master’s in design from the University of Chester. A passionate scholar of the German language, she studied German at the Goeth-lnstitut in Cairo and has carried on with various certificates including a 4-year course from the University of Chester. Maurice is also an enthusiast about the important value of religion. Her debut book, /(AL Thaahir; The Evidence, the Outer, the Manifest. Material Evidence For God’s Presence” is a culmination of her faith journey. She is now living with her husband and their daughter by the English-Welsh border of North Wales, Flintshire. 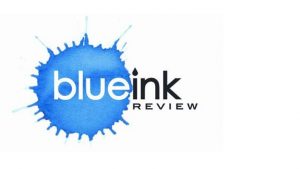 In AI Thaahir: The Evidence, the Outer, the Manifest. The Material Evidence for God’s Presence., author Sahar Maurice shines a spotlight on her personal faith while offering readers a work of Islamic apologetics, arguing for the existence-and goodness-of Allah.

In a series of short philosophical chapters, Maurice looks to “highlight” verses from the Qur’an to show how Allah is involved in all creation, from the visible to the invisible, from the common to the extraordinary. She finds her proof in physical observation, looking to the ocean waves, “the sun, the moon, the stars, the earth, and all heavenly bodies” to confirm a loving Creator.

And if one is blind to nature, Maurice asks readers to look inward to the human body, asking, “Can you control the beating of your heart? Can you pause your heart? And if it has stopped, can you make it start working again?” She implies that human beings only have a tiny bit of control over their own lives or the creation around them. It’s God the invisible, she contends, who makes His presence known in the visible. Maurice writes tenderly about her faith. Her book, a culmination of 30 years of spiritual seeking and research, is earnest and joyful. Sometimes, however, she stumbles in her writing mechanics, and awkward sentences spring up throughout the book. For example: “Allah the Wise allows animals, who cannot think, to do something that He does not allow humans to do, although He distinguishes humankind from His other creations with thought and knowledge. We, not animals who cannot think, die because of earthquakes.” Though few, lines like these leave readers puzzled.

Such moments aside, Maurice’s love letter to God is a contemplative read, and members of all faiths can glean a universal message of the vastness of God in these pages. Readers should note that this book is a bilingual edition in English and German.

The testimonial text Al Thaahir links verses from the Qur’an to observable natural events to argue that human existence is worthy of awe and respect.

Sahar Maurice’s bilingual testimonial Al Thaahir draws on the Qur’an to provide material evidence for God’s presence in, and influence over, every aspect of the world and every human experience.

Maurice begins by detailing her personal experiences with Islam, including dramatic changes in her life, as proof of the miracle of faith. Following this, simplified versions of scientific principles are applied to common life events like pregnancy; the presence of God is noted in each such event. Across six brief chapters, the notion that all of the secrets of the universe, and all of its questions and unknown values, are the work of God is mused upon. Sciences, including natural science, physical science, and microbiology, are approached in terms of their divine origins; the hand of God is argued to be obvious in each of these fields. Human curiosity itself is attributed to the same source, and the book encourages wonderment and awe: “Though humans have reached the moon and may even reach Mars, they will never create a fly.”

But alongside marveling over the atomic bonds that create water molecules as being created by God, the book also argues the sacred origins of artificial environments and processed objects like carved furniture. It supports its musings with quotes from the Qur’an; its bibliography nods only to the Qur’an, and its glossary includes some of the ninety-nine names of God. Its arguments are superficial and its logic is circular; it is absent interrogations of its spiritual truisms. Prophecies from the Qur’an are pointed to as fulfilled or proven by science, sometimes many centuries later, but treatments of such phenomena are interpreted at a surface level that underemphasizes their significance.

The book works to simplify the principles of faith, but in the process of doing so, it comes to read like a pamphlet. It skims over its most interesting suggestions and revisits its dominant themes—maintaining faith through discomfort; discovering God in all conditions—often. Still, its tone is confident and friendly, and its habit of linking observable events to quotes from the Qur’an makes the religious text seem accessible and relatable.

In English and German versions that are printed back to back, Al Thaahir links verses from the Qur’an to observable natural events to argue that human existence is a miracle and worthy of awe and respect. 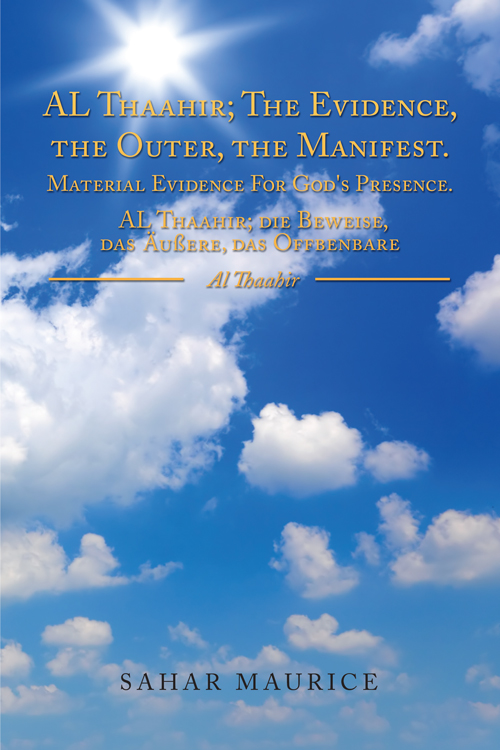 AL Thaahir; The Evidence, the Outer, the Manifest. Material Evidence For God's Presence.